Many obese women often stop getting their periods, but bariatric surgery may be the key to restoration. 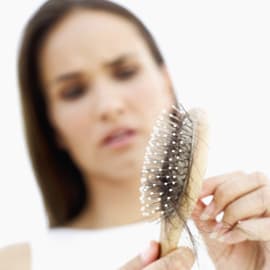 Gastric bypass and LAP-BAND surgical weight loss procedures are known to improve comorbid conditions such as heart disease, diabetes and sleep apnea in those suffering from obesity, but new research reveals bariatric surgery may even help restore menstruation as well as reducing excessive hair growth and skin problems in obese women.

The Stanford University School of Medicine monitored the menstruation cycles of 126 obese women who were already planning to undergo weight loss surgery for 12 months following their surgeries. Participants included women ranging from ages 18 to 49 with an average body mass index (BMI) of 46. Results were as follows:

When a woman reaches a high body mass index she may experience hormonal changes such as an increase in the production of male hormones. These high levels of male hormones often lead to menstrual disturbances as well as excessive hair growth and loss, as well as problematic skin conditions. Researchers were surprised how quickly such conditions improved in the participants in as little as one month following their weight loss surgeries.

In addition to menstrual regularity, participants saw a reduction in their excess hair growth and hair loss, a condition otherwise referred to as alopecia. The women also reported a reduction in acne and a skin condition known as acanthosis nigrican (darkening of the skin in the folds of skin or around the neck and underarms). Improvements in such conditions are attributed to the participants’ weight loss due to the improvements they experienced in their hormonal balances.

Is weight loss surgery a solution for infertility in overweight women?

Although weight loss surgery may help restore otherwise disappearing or irregular menstrual cycles in obese women, it does not mean bariatric surgery will solve infertility problems. However, obese women wishing to conceive may wish to discuss weight loss surgery as a possible option with their obstetrician.