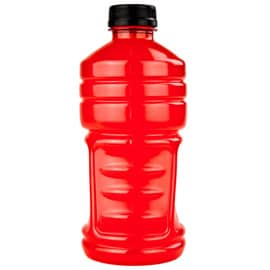 With the London Games now in full swing, people all across the world are catching Olympic fever. You may have seen the conversation spread to Facebook and the nightly news as everyone gets more and more excited about the world’s biggest sporting event. You might even see more people brave the stifling summer heat for exercise, inspired by the tenacity and fitness of Olympic champions.

But with the majority of Olympic spectators tuning in from thousands of miles away, your viewing experience will undoubtedly have one string attached: a barrage of TV commercials. As Olympic fever becomes an epidemic, you’ll see many companies take their opportunity to pitch sports drinks, nutritional bars and energy gels—products that they would have you believe help an Olympic athlete become a gold medalist.

As a patient of a gastric bypass or Lap Band procedure in Michigan, you probably know the caloric dangers posed by soda and even fruit juice, but sports drinks are often left out of discussions about duplicitous thirst-quenchers. Though marketing and popular opinion have taught us that sports drinks are what we need to restore our energy and hydration levels after a strenuous workout, the reality is that these beverages are packed full of extra sugar and calories that will not do any athlete much good.

Powerade may be the official sports drink of the 2012 Games, but you’re unlikely to find many Olympic champions guzzling it as they prepare to tackle the demands of competing. Many sports nutritionists and professional athletes eschew these sugar-filled beverages in favor of other, more natural sources of energy and hydration.

The sports drink phenomenon began in the summer of 1965, when researchers at the University of Florida set out to determine why the heat had such a big impact on the athletes of the school’s football team. They discovered that the Gators were not adequately replenishing the fluids, carbohydrates and electrolytes they lost during play and used their research to formulate a beverage that would tackle the problem. Thus, Gatorade was born, and a winning season for the Gators the next year incited a wave of popularity among other teams that spawned the sports drink industry.

While it’s true that we can’t live without electrolytes—minerals like potassium that play a huge role in helping our bodies retain water—they can also be found in many other foods that don’t contain the sky-high sugar content of beverages like Powerade and Gatorade. In fact, some nutritionists warn that the sugar in these drinks may be more likely to cause a litany of unscrupulous side effects like tooth rot and belly fat growth than to help you finish first.

For hydration, your first choice should always be water. Though sports drink marketers may make dehydration seem like a complex matter, you don’t need to drink Gatorade before, during and after a workout to keep yourself hydrated—just pay close attention to your body and drink when you feel thirsty.

As for the electrolyte concern, there are many sources that don’t come in the form of an electric green liquid. Though some athletes may have an increased predilection for modern condensed energy and electrolyte sources like gels, many fitness experts say that these dense, sugary packs of goo can actually dehydrate you quickly and may cause overheating. Instead, your best bet is to go as natural as possible with one of these hydration alternatives:

The Olympics inspire countless people across the world to become more active, but misperceptions about sport drink healthiness may be marring many attempts to get in shape. Hopefully, the incredible athleticism on display during the London Games will motivate you to get out and active—just don’t let the commercial break sales pitches motivate you to get out and drink Powerade.