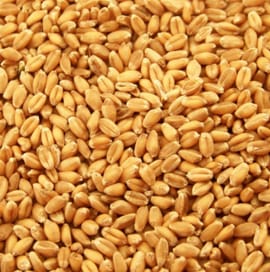 If you’re a patient of a bariatric procedure like gastric bypass or Lap Band, sticking to a healthy diet is one of the most important aspects of losing weight. As you continue along your surgical weight loss journey, you’re likely to come across many new and nutritious foods you’ve never heard of before, which will be a big help in keeping your diet interesting. Especially if you’re the adventurous type, eating the same old health foods day-in and day-out can become a real drag.

Whole grains are a crucial part of any balanced diet, but typical whole grain favorites like oatmeal and whole-wheat bread and pasta can get boring if they’re your only sources of whole grains. Additionally, for patients of bariatric surgery, many whole grains can take up a large amount of limited stomach space, so finding the grains that pack the biggest nutritional punch will help you keep your whole grain intake balanced and nourishing.

Did you know that consuming your daily recommended intake of whole grains can reduce your risk of Type 2 diabetes, cardiovascular disease and some kinds of cancer? Research has also shown that replacing refined grains like white rice and bread with whole grains can help to reduce abdominal fat, which can contribute to cholesterol levels, raise blood pressure and potentially cause insulin resistance.

You should always stick to your physician-recommended diet plan after bariatric surgery, and consult with Dr. Taylor before adding new foods, but here are three unfamiliar whole grains that pack a serious nutritional punch:

Teff. Also known as eragrostis tef or lovegrass, teff is the smallest grain in the world, not much larger than a poppy seed. It has its roots in ancient Ethiopia, where it grows abundantly and is a lasting staple of their diet, well-known for its high nutritional value. Teff contains 12 percent daily recommended value of calcium, a nutrient not often found in grains and also contains high levels of iron, potassium, amino acids like lysine and other important minerals that are uncommon in most grains. It’s also gluten-free, making it a good choice for sufferers of gluten sensitivity or celiac disease and is mostly composed of high-resistant starch, which is known to prevent colon cancer.

Red Rice. Not your typical white rice, red rice gets its color from a type of yeast that grows on the grains, which is why it is also sometimes referred to as “red yeast rice.” It first appeared in China around 800 A.D., where it was first used to aid stomach problems and blood circulation, but has recently been gaining popularity in the US for its ability to reduce cholesterol levels. Red yeast rice contains a substance called monacolin, as well as plant sterols like beta-sitosterol, which have both been shown to reduce the body’s level s of LDL cholesterol (the “bad”cholesterol). High in fiber and with a nutty taste, red rice can provide you with flavor, color and nutrition.

Wheat Berries. Wheat, in flour form, is the most commonly consumed grain in America. However, processing wheat into flour robs it of most of its nutritional value. Wheat berries are wheat in its most natural, unprocessed state and contain a huge amount of minerals and nutrients that you miss out on in most baked goods. Packed with selenium, phosphorus, manganese, magnesium, vitamins B1 and B3 and dietary fiber, you’ll get a lot more out of your wheat if you eat it this way, while the crunchy texture offers an entirely different spin on a common flavor. A great addition to stews and salads, wheat berries are as whole wheat as it gets, meaning they’ll fill you up faster than most foods cooked with wheat flour.

Sick of the same old grains? Give these three unusual whole grain sources a try to add some new nutrients and flavor to your weight loss diet.